Occasionally when coding some solution it becomes expeditious to use Google to find the answer to a coding question. It can be faster than walking over to the shelf where a particular coding manual is sitting and at the end of the day when one is tired, this is often the case. To cut a long story short, a Python coding question was entered into Google then, instead of producing the answer, the web browser did some funky stuff. The browser window turned into a letter box slit then went white and up came a silly "foo bar" game from Google. Who has time for this nonsense?
A silly sci-fi scenario popped up followed by a basic coding question about tallying values in lists.
Aside from the basic question of what Google is trying to achieve, is blocking what the Google user is searching for and showing them this nonsense really sensible? Is this perhaps the best advertisement for Duck Duck Go as an alternate browser? This is the kind of time-wasting codswallop that serves just to annoy Google Users.
Here are some screenshots of what their question was. It was unexpected which is why there are not screenshots of earlier screens. 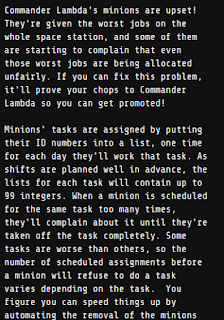 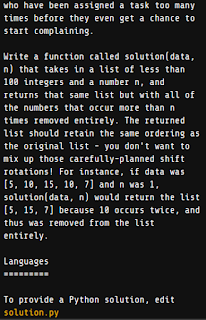 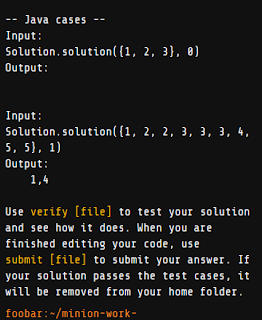 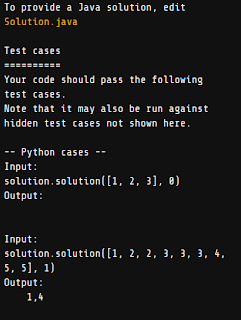